Cost: $15(culture) + $8(shipping/USPS priority)= $23 total.
Make payment with Paypal using: ryanthehut@gmail.com
I can't combine orders as this fills the package and the next larger package costs about the same.

Moina & Copepods(cyclops) & scuds from an indoor co-culture under fluorescent light. Shipped in 2-liters of culture water which allows you to use keep most as a small moina backup, making the starting of moina virtually risk free - read more about this below. The culture resides in my unheated garage, in an unheated culture(except winter), kept under fluorescent lighting(T-8 fluorescent at 6,500 Kelvin), and fed a weekly slice of fruit/vegetable.

Moina are well known for being tricky to start up for some people. You can eliminate the risk of losing them by doing two things:

1) Transitioning moina to a new water source can cause a complete crash if not done properly - we've heard all the stories of introducing a starter to a new tank and it crashing. To eliminate this problem I ship in a large 2-liter soda bottle that was fed. Being it only takes a small amount of the culture water to transition the moina - you keep a majority of what I send as an emergency backup. When you recieve the bottle/moina, pour the culture into a more usable container, fill a couple small cups with culture water, net out most the moina & as many copepods as possible, place into the cups to be used for transitioning to their awaiting tanks. What is left over, which is a majority of the culture water, with a dozen moina, is then placed under strong fluorescent light where it will continue reliably. Then, if your primary cultures fail to start, you still have this culture to rely on. There is no need to feed what I send you for two weeks as it was fed prior to shipping.

2) Moina are just as easy to culture in a small container as something large. To maximize your likelyhood of having a culture start up create several small cultures each somewhat different. This increases the likelyhood one of them will take. My favorite small container is a 1-gallon milk jug with the top cut off. Fill them with water from different aquariums, place the cultures in different locations(light/windowsills/etc), feed them differently, etc, to see which responds best.

If DOA I will send a replacement at no cost. Please don't file any claim as that usually adds additional steps for us both. Just let me know and I will send another without a guilt trip.

FYI: During shipping, distance isn't a risk factor, neither is temperature - what will kill the culture is sunlight. It's critical the box not be left in your mailbox or sitting at your door, so have somebody home that is prepared to greet your mail carrier. I will send a tracking number so you know when to expect it.

Visit both my Facebook page & YouTube channel, White Worm Man. There you will find a variety of content on a number of different aquaria food organisms. No other culturing information comes with the package - so watch the videos. 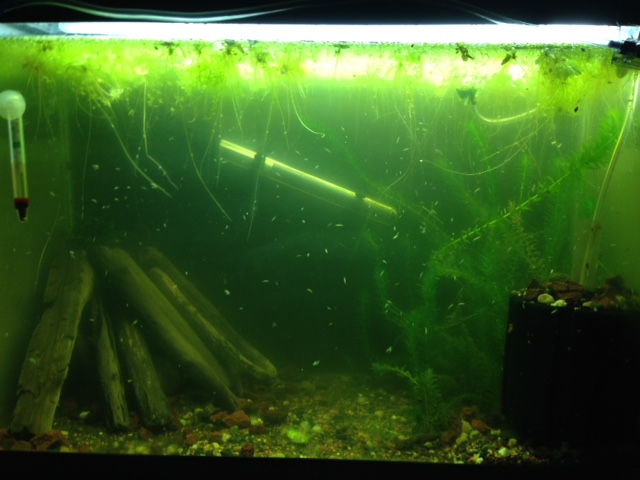